MESSAGE FROM THE CHAIRMAN 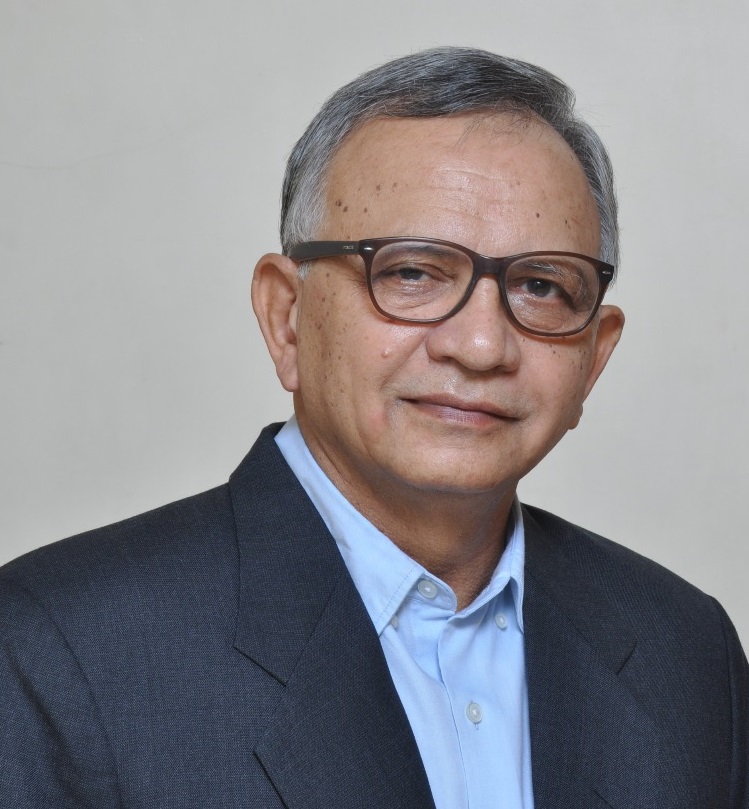 Friends, hope you all are safe and doing well!

As due to the ongoing Covid pandemic, the exports of textiles has been severely affected and observed a decline in MMF textiles. The estimated exports of Manmade Fibre textiles during April 2020 to March 2021 shows a decline of – 19% as compared to the previous year. There has been fall in exports of all the four segments of MMF textiles, such as fibre -28%, yarn – 15%, fabrics – 18% and made-ups - 23%.

Though the current export scenario is not much encouraging still due to the ongoing second wave of pandemic, it is believed to get normalized in next few months. I would like to convey to our members to not to dishearten themselves due to the current crisis – as textile industry will boom up once it is normalized.

The Council is putting all its efforts to resolve exporters trade related issues with the Ministry. As the exporting community is greatly affected, Commerce Ministry had organized interactive meeting with Shri. Piyush Goyal, Hon’ble Minister of commerce & Industry through video conference.

Commerce Secretary in his opening remarks stated that in spite of initial setback, overall export performance during 2020-21 was reasonably well and thereafter, requested all EPCs to raise their views/points in brief. All EPCs including SRTEPC have presented the issues related to their respective sectors. Immediate Past Chairman, Shri. Ronakk Rughani, Executive Director, Shri. S. Balaraju and myself attended the Webinar.

Myself and Shri. Ronakk Rughani, Immediate Past Chairman SRTEPC presented the following points related to exports of MMF Textile during the Meeting and requested to consider the issues favourably:

(Also, a separate representation has been put up to MoC&I on these points in detail.)

Considering the high potential for exports of MMFT products to Germany, the Council had a promising Webinar with Consulate General of India Munich, Germany to discuss the possibilities of holding a buyer seller meet between Indian exporters & German buyers. The meeting was attended by the Consul General Mr. Mohit Yadav, Shri. N. Ramakrishnan – Consul (C.I.P) and Ms. Mirella Fuchs (Commercial) from the Consulate General of India and Shri. S. Balaraju, Executive Director and other officers from SRTEPC. The Council also updated the Indian mission about its plans to participate in Heimtextil exhibition to be held in Frankfurt, Germany from 11 to 14 January 2022, which is one of the biggest and most prominent international events for home textiles.

The Council continues to receive grievances from members regarding non-receipt of Drawback claims, IGST refunds and clearance of shipments from the Customs. I am pleased to inform you that many of our member-exporters have received their part payment of IGST claims from the CBIC, and also their pending Duty Drawback claims from Sahar Air Cargo Customs and Jawaharlal Nehru Customs House.

In another case, the Council sent a clarification to the Customs on the genuineness of the GST Paid Certificate issued to our member exporter since their shipments stuck at the Customs. On receipt of the confirmation from the Council, the Customs cleared their shipments. In this connection, I am grateful to the CBIC and Customs for their continued support in resolving the issues of our member-exporters, and also, appreciate the efforts undertaken by our Council’s team in taking up the matters with the authorities rigorously.

I request all Members to renew their Membership with the Council to avail all its benefits, if at all it is not renewed.

​It is indeed a privilege for me to take over as the Chairman of the Council. I thank each Member of the Committee of Administration of the Council individually for reposing their trust in me.
I appreciate the efforts being undertaken by the Government of India for the safety of the people during the on-going pandemic. However, exporters have been facing challenges due to the closure of their offices like complying with the delivery schedules and other compliances. Subsequent to the lockdown/curfew guidelines as announced on 4th April, 2021, the Council had requested the Government of Maharashtra to allow 25% of the workforce in private offices of Maharashtra and considering exports sector as Essential Services. Thereafter, Export/Import of all commodities has been included in the List of Essential Services as per Order dated 13th April, 2021. In this regard, I would like to extend my sincere thanks to the Government of Maharashtra and also, request to hear the plea of the exporters for allowing private offices to work with 25% of the sanctioned strength.
The Council continues to receive representations from our members on various issues, all such issues are taken up with the Department and are also being suitably addressed. Further, we are grateful to Air Cargo Complex (Sahar) for disbursing the long pending Duty Drawback claims of two of our member–exporters. I thank the Officials of Air Cargo Complex for doing the needful and also, appreciate the concerted efforts undertaken by our Council’s team in rigorously following up with the matter.
Friends, the Council over the years has been striving hard to make its presence visible and its role relevant for the benefit of the Man Made Fibre Textile Industry. Though the pandemic time has been really challenging and testing period for all of us, there is tremendous scope to enhance our exports of MMF Textiles. It would be the endeavour of the Council to face the tough challenges ahead and exploit the emerging opportunities to carve out a greater share in the global MMF textile market and contribute increasingly to the national exports by targeting newer and potential markets in the coming years through Export Promotional Programmes and scale up exports to greater heights. To accomplish this goal, I seek wholehearted co-operation and staunch support from all the Members and particularly the Members of the Committee of Administration. I also request your active and more involved participation in large numbers in Council’s events to make it highly successful. I request all Members to renew their Membership with the Council to avail all the benefits of the Council.
It will be my earnest efforts to put forth the problems of the Members from all sections in every way and voice their concerns on all fronts with the various authorities at the appropriate level for solutions.
I take this opportunity to congratulate Shri. Ronakk Rughani, the outgoing Chairman and recall his unstinting support with deep gratitude. The Council has benefited from his foresighted actions and hard work during his tenure and also seek his active and continued support and association in all our future efforts to take exports of MMF textiles further to newer heights.
I seek suggestions and views from the Members so that the activities of the Council can be further
improved for their benefits.